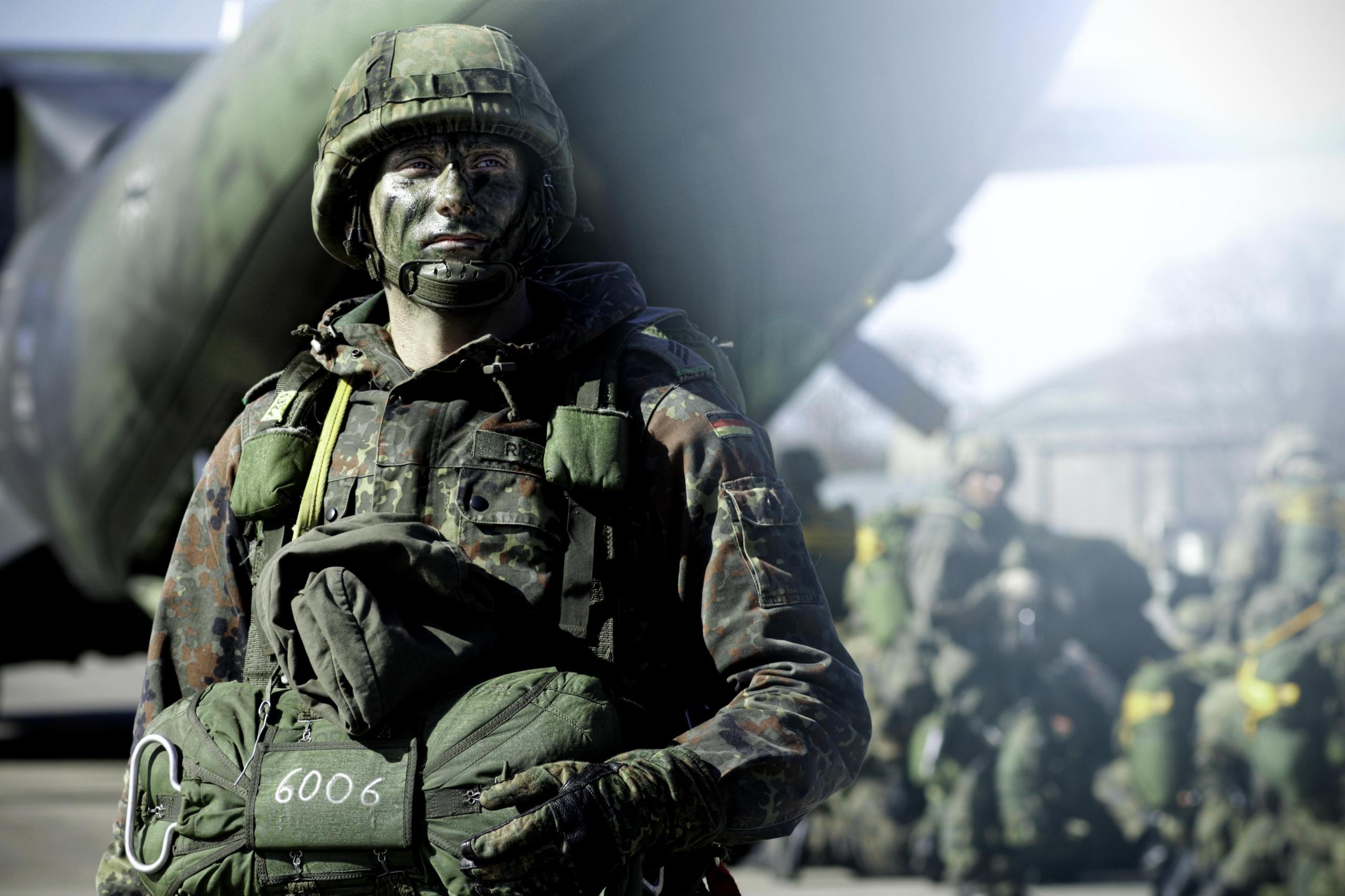 Germany and Its Military

I tried to get out of military service, I really did. When I was called up for inspection in 2010, it was easier than ever to evade the draft. They just didn’t seem to care anymore.

A friend of mine went to the doctor to get a note saying that he had allergies — and that was that. I figured I would simply flunk the mandatory drug test.

To my surprise, I passed and was declared fully fit for military service. My mistake, I recognise today, was that I had stated even before the inspection that I was going to be a conscientious objector and do a civilian “social service” instead. They always needed people to work for almost nothing in some social establishment. So I went on to work with handicapped people for a year (which was a fine experience).

The next year, mandatory military service was abolished for good. Times had changed. From 1955 to 2011, every year hundreds of thousands of young German men served their time in the army. Back in the day, it was hard to get out of enlistment as a conscientious objector. Many fled to West Berlin, where you were exempt from serving in the army — another reason why Berlin became a haven for leftists and refuseniks of all kinds.

During the Cold War, the German military was big and well-funded. It had almost 500,000 active soldiers, with another million reservists. At the height of Cold War tensions in the early 1960s, a quarter of the federal budget was spent on the armed forces, and when the Wall came down, Germany still devoted 2.5% of its GDP to its military.

But with the end of the Cold War, the time of the “peace dividend” had come. The army’s budget was slashed by a quarter almost immediately. These days, Minister of Defence Ursula von der Leyen can only promise — as she just did at the Munich Security Conference — that Germany will one day again hit the official NATO target of 2% of GDP. But that seems as distant as ever.

When mandatory service was finally abolished, many considered this to be one more concession that Angela Merkel had made to the reigning left-liberal zeitgeist.

Military service was of some emotional significance for German conservatives. It was supposed to teach the youth the classic German Sekundärtugenden — a sense of duty, discipline and order.

From their point of view, German society had increasingly grown apart from the military and the values it represented. It had succumbed to the “post-heroic” limp liberalism that German nationalists dreaded so much and saw personified in Chancellor Merkel.

But that is only part of the story. In fact, German politics has become more militarised, not less, and in some ways, the armed forces enjoy more respect than ever. In recent years, advertisements for the military have started to appear everywhere, in the streets, on television, in magazines. The adverts try hard to make it look cool and modern, with snazzy graphic design and dreamy-eyed young recruits.

The strangest part of this PR campaign is a number of well-produced YouTube videos which portray young recruits during their training and their employment in Mali. The shows are modelled on reality TV. They are slick and entertaining and clearly target younger audiences, aiming to reduce their emotional distance to the armed forces. Being a soldier is presented as fun, relatable, and most important: normal.

What felt so strange — and a little disturbing — was the simple fact that the German army was allowed to present itself with such confidence in public. No more shame, these ads seemed to say. The past is past.

This marks a cultural shift in Germany’s relationship to its military. It is the culmination of a long process of “normalisation” that started with reunification. During the Cold War, the German military might have been big, but it was always understood that it would only ever be used in the case of a Soviet attack. It was firmly embedded in American-led NATO, and any foreign employment was out of the question. Germany would never again go to war — that was the consensus back then, and hardly anyone questioned it.

But when the Cold War ended, Germany suddenly found itself the biggest and strongest country in Europe. With this new-found stature resurfaced old dreams of assuming Germany’s rightful place as a powerful nation. Slowly, Germany started to become an international military actor in its own right.

After 1990, Germany began to supply auxiliary troops to UN missions, and in 1993 the German military went on its first combat operation in Bosnia. Another big step was made in 1998 when the newly elected red-green government decided to send German troops to Kosovo and let the German airforce participate in bombing missions against Serbia.

This was Germany’s first real military intervention since 1945. It was especially significant that the Green party had supported the decision, marking the final step in its transformation from the party of pacifism to a “responsible” governing party. When the German government decided to participate in the war in Afghanistan after 2001 there was hardly any public dissent anymore.

Today, Germany’s “strategic culture” is still a lot more averse to interventions than that of, for example, Britain or France, as was demonstrated by its cautious stance towards NATO’s 2011 intervention in Libya. And Gerhard Schröder’s opposition to the Iraq War was hugely popular, which shows that the old non-interventionist mindset lives on. But German elites have long rallied around a new consensus according to which Germany needs to “take on more responsibility” on the world stage.

That means, first and foremost, to develop a strong and modern military which can actually be used as a normal instrument of foreign policy. The abolition of mandatory conscription served exactly this purpose. If you want to send your troops on foreign missions, training a huge number of unmotivated teenagers every year is simply a waste of resources; you need well trained professional soldiers. And, as the United States learned in Vietnam, it’s a lot easier to fight a war without a draft.

This process of “normalisation” had always included attempts to stir up public support for increased militarisation. War has not been popular in Germany, for a variety of reasons, and there were still some remaining hang-ups about the past — a vague unease, for example, about the fact that German soldiers were once again fighting in the Balkans, where the German army had just two generations ago waged one of the most brutal counterinsurgency campaigns of WW II, killing many tens of thousands of Jews, communist partisans, and anyone else who got in their way.

If Germany was to “take on more responsibility” on the global stage, these inhibitions had to be done away with.

This article is the first in a three-part series on the changing role of the German armed forces. Photograph courtesy of the Bundeswehr. Published under a Creative Commons license.