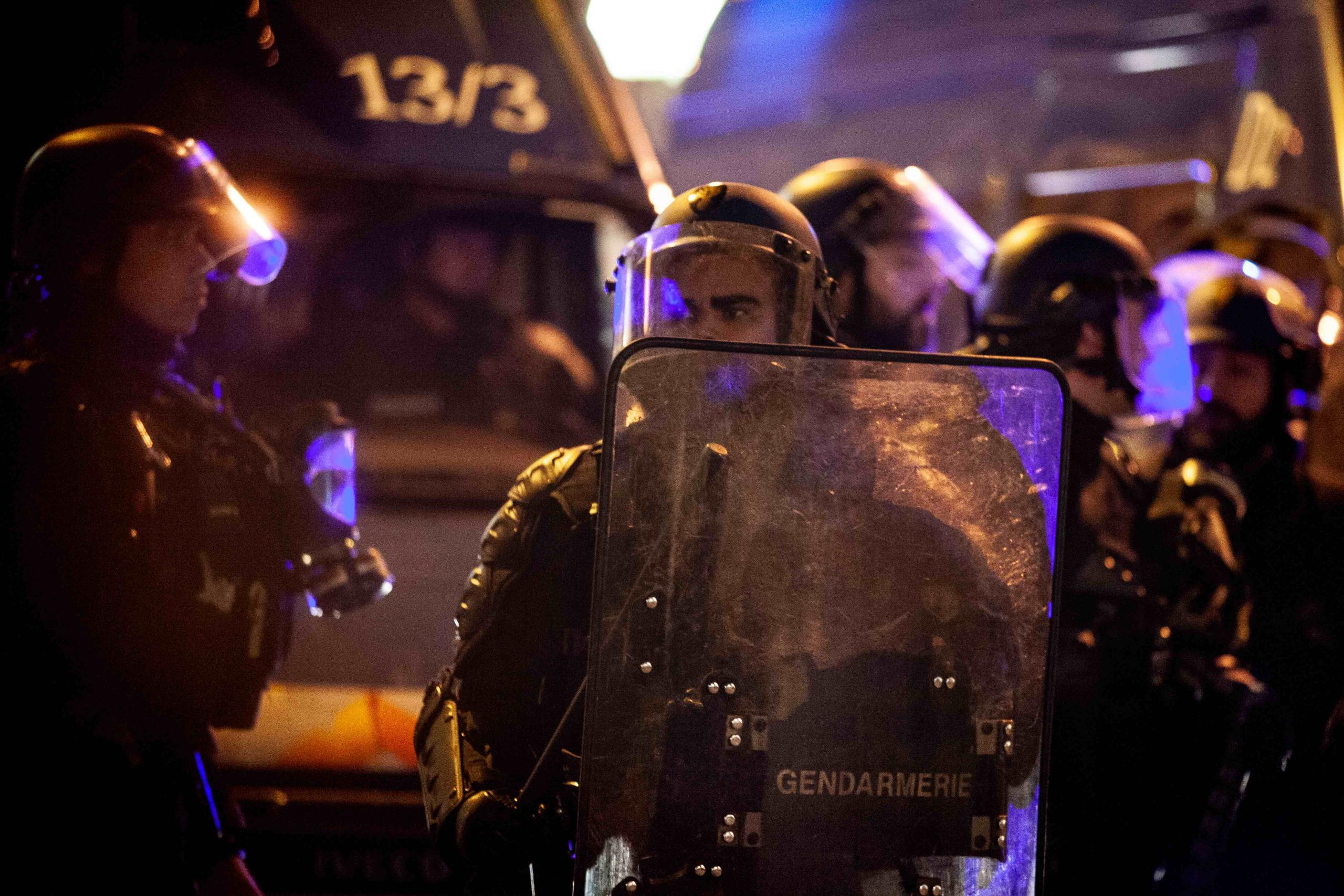 He is the perfect straw man. For anyone looking to discredit the gilets jaunes, Victor Alfonso Lenta is their man.

A former French paratrooper and Afghan war vet, the French movement’s ‘head of security’ had put his training to use in Ukraine’s breakaway Donbass in 2014 and 2015, heading up a Moscow-backed international rebel unit.

As recounted in a Kyiv Post feature on 14 January, Lenta quickly became a celebrity in Russian news media, which made good propaganda use of his presence.

Here was a Western soldier helping lead his compatriots in fighting EU-backed Ukraine.

But, contrary to what Lenta told an RT reporter quoted in the article — that he would be charged with terrorism offences upon returning to France — no such fate has befallen him.

Instead, the fighter found himself in the employ of another oppositional group, this time at home, rediscovered by the news media, in Paris.

Macron must feel no small amount of chagrin right now. Given how much his government has charged Russia with trying to destabilise him, this oversight, no doubt, looks foolish.

Of course, Lenta should have been prosecuted long ago. Few events have proven as problematic to European security in recent years as the return of EU nationals from fighting in wars abroad.

The problem, or so the leniency shown Lenta illustrates, is that the sanctions that apply in most EU member states for fighting in foreign conflicts are only selectively applied.

If you’re an ethnic Arab and fought in Syria with ISIS, you might as well not return home. You might not go to prison, but the courts and cops won’t let you off the hook either.

If you’re lucky, you’ll end up in a de-radicalisation program. Though reported to be a failure in France, they’re said to produce relatively better results in Belgium, Germany and the UK.

It all depends on the kind of extremist you are.

If you’re a national populist, they’re definitely not a good fit. It is also about religion, not just terrorism.

Leftists are not so lucky. Take the case of the five returned fighters in Turin, who fought with the Kurdish YPG in Syria. Last month, a prosecutor recommended that they be placed under surveillance, and banned from the city for two years. The judgment should be decided at a 24 March hearing.

In spite of the fact that they fought with the YPG, which works side by side with NATO in Syria, they’re still subject to prosecution in Italy.

But, given Italy’s current interior minister, you can sort the politics. Matteo Salvini, no friend of the left, thinks he is nipping Red Brigade 2.0 types in the bud before they get surly.

Still, that leaves the right-wingers who fight in other foreign wars, like Victor Alfonso Lenta without a similar path to punishment. Theoretically, yes, but his example, in France, says no.

Selective prosecution is not without precedent in any country, particularly for individuals like Lenta, who were once part of the system.

The issue is how many exceptions member states make. Trust in military veterans is understandable, but unacceptable when not applied equally.

It remains incumbent on France, and other member states, to enforce their anti-terrorism laws to the fullest extent, particularly in instances where the judiciary could be construed as biased.

To prosecute Lenta now, following his emergence as a figure in an anti-government movement would be too obvious. He all but granted himself immunity from the law.

But, his example is still rare. Few of Victor Alfonso Lenta’s far-right contemporaries are as visible. That makes it easier to send a message to national populists about carrying the fight home.

Since the start of the war in Donbass, far-right extremists from both Western Europe and the United States have flocked to the conflict, joining international units on both sides.

This amounts to fascists fighting fascists, which is a story in itself. As is the fact that pro-Ukrainian extremist forces are beneficiaries of Western military aid.

Unfortunately, this exodus of far-right fighters eastwards was only covered at the start of the Donbass conflict, primarily in American news outlets like Vice:

In its place, inspired by ISIS-related related terrorist attacks in Belgium and France, European media has focused on the Islamic foreign fighter archetype, not the nationalist one.

This is understandable, insofar as the violence waged by Islamists, who often trained and fought in Syria, has been so impactful. The body counts in Paris and Brussels speak for themselves.

The problem is that the emerging politics in Europe, in the years since Lenta fought in Donbass, are more right-wing than they have been since the Second World War.

From France’s own Generation Identitaire to Germany’s Alternative für Deutschland and Italy’s revived Lega, the Zeitgeist appears to belong to repackaged nationalists and fascists.

So, the failure to arrest individuals like Lenta comes home to roost when they join up with mass movements ascribed anti-statist, rightwing politics, like the gilets jaunes.

Populist veterans might not lead them to palace coups, but their presence amongst their ranks alludes to such, compounding the daily violence experienced by minorities subject to hate crimes.

They’re best compared to militarised ultras, who like them, in countries such as Italy, often receive the patronage of far-right parties like the Lega that have close ties to security forces.

Who does he work for? Vladimir Putin? Marine Le Pen? It is hard to know and imagine there is any ideological difference. Their politics are largely the same. Who cares where they came from.

As the European Union heads towards its May elections, voters might ask themselves how such extremists might influence the policies of the populist parties they will likely elect.

Will they be tough on crime, typically conservative law and order parties? Or more authoritarian and violent, like United Russia and Ukraine’s Azov Brigade? Best not to elect them to find out.

The only answer is to treat far-right foreign fighters no differently than Islamists who return from jihad. They’re equally conservative, after all. The only thing that separates them is faith.

Sending clear signals about who the West’s allies are, and why it values democracy, would be a good start.